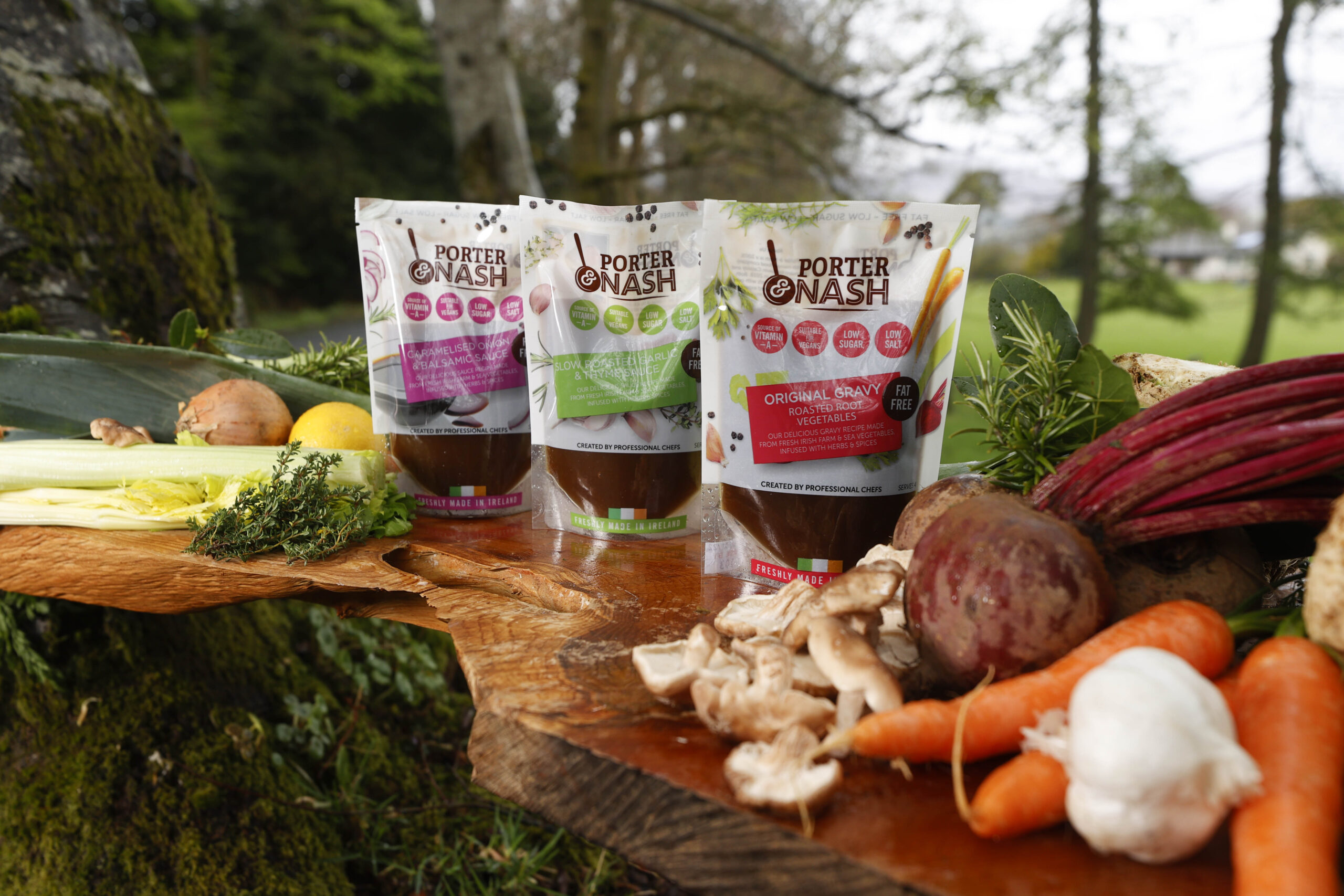 Under the deal, both its original gravy and caramelised onion and balsamic sauces will be available to consumers in 112 stores across Ireland, including SuperValu and independent retail outlets. Founded in 2018, Porter & Nash produces wholesome, fat free, low-calorie sauces that can be used for cooking and pouring over favourite home cooked meals. It can also be used as a base to create additional condiments.

Porter & Nash was established by chefs Gavin Cassidy and Eoin Lennon who boast over 50 years’ experience working across Ireland’s finest restaurants and catering establishments (including training in one- and two-star Michelin kitchens). The pair met as mature students while studying Culinary Arts in DIT (now TUD). Their final college project led them to research and develop a sauce range that would appeal to people on various diets.

According to new research from Queen’s University Belfast and National University of Ireland Galway, the numbers of Irish people cooking with fresh ingredients have soared during lockdown. The pair said they have seen an increase in the number of consumers purchasing sauces to add an edge to their favourite home cooked meals.

In addition to this, recent findings from Bord Bia have revealed 16% of Irish people follow a flexitarian diet with 8% adopting vegetarianism and 2% veganism.

“We are delighted to announce that our sauces, which can be used for cooking, pouring or used as a base for creating other sauces will now be on sale in Dunnes Stores outlets nationwide,” said Gavin Cassidy, co-founder, Porter & Nash. “Our gravy and sauce range aims to provide a tasty edge to homecooked meals everywhere, whether they be meat-based, vegetarian or vegan. Since COVID-19 swept Ireland, with increasing numbers of Irish people cooking from home, we have seen demand for our gourmet sauces grow as consumers experiment more in the kitchen and test their taste buds.”

Join for updates and special offers